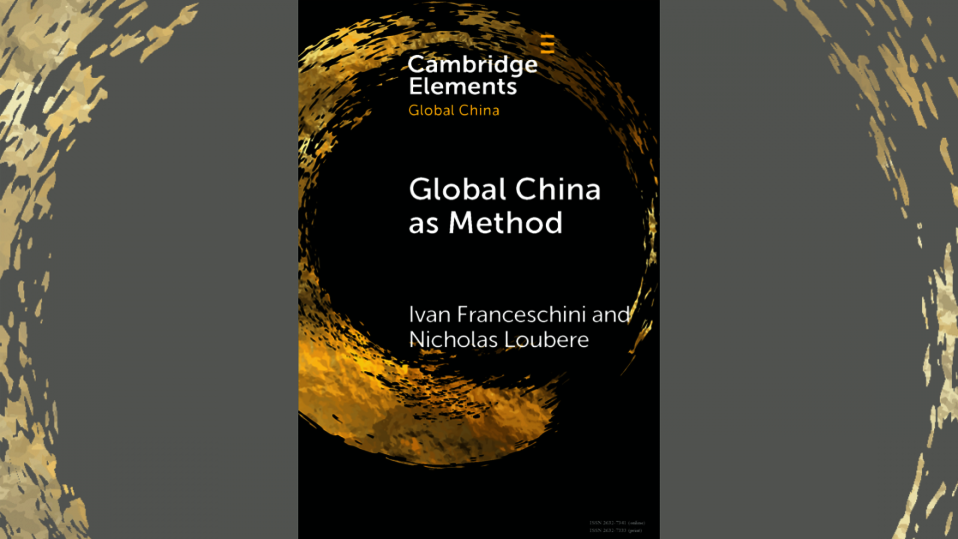 Ivan Franceschini and Nicholas Loubere have co-authored a short book titled Global China as Method. The book argues that even after four decades of integration into the global socioeconomic system, discussions of China continue to be underpinned by a core assumption: that the country represents a fundamentally different 'other' that somehow exists outside the 'real' world. Either implicitly or explicitly, China is generally depicted as an external force with the potential to impact on the 'normal' functioning of things. This core assumption, of China as an orientalised, externalised, and separate 'other', ultimately produces a distorted image of both China and the world. This book seeks to illuminate the ways in which the country and people form an integral part of the global capitalist system. The book is available open access as a free PDF download from the Cambridge University Press website.